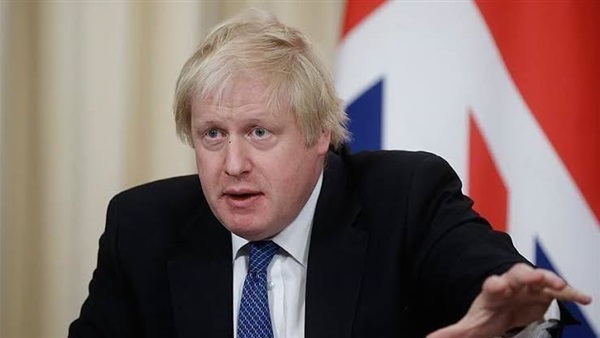 Boris Johnson says he is prepared to break the law over steel tariffs despite cabinet warnings of a trade war.

The prime minister said that lifting steel tariffs on developing nations was not “the right way forward” and that he was willing to make the “tough choices”.

However, The Times has been told that Anne-Marie Trevelyan, the trade secretary, has warned that nations including India, Turkey and South Korea would be entitled to retaliate.

She has said that while she was supportive of the policy and believed protecting British steel was the right thing to do, there would be consequences.

Under World Trade Organisation (WTO) rules countries affected by steel tariffs would be entitled to impose retaliatory tariffs. These could include aerospace, whisky and cars.

Tariffs are expected to be levied this week on imports from several developing countries to avoid British producers being undercut by cheap overseas steel.

Labour yesterday backed the move, which has also been championed by many of Johnson’s red wall MPs.

The issue triggered the resignation of Lord Geidt as the prime minister’s ethics adviser this month. Geidt said that he had been placed in an “odious position” by being asked to approve it. He said that a “deliberate and purposeful breach” of Britain’s international obligations would “make a mockery” of the ministerial code which commits ministers to upholding the law.

Questioned on the issue at the G7 summit in Germany, Johnson said that “the UK steel industry has been going through a difficult time, partly because of the energy prices . . . we need British steel to be provided with much cheaper energy and cheap electricity for its blast furnaces. But until we can fix that, I think it is reasonable for UK steel to have the same protections that other European, absolutely every other European economy does.”

While part of the EU, Britain was covered by European tariffs on imported steel, but the UK’s Trade Remedies Authority last year ruled there was not enough evidence to maintain 25 per cent tariffs on all steel categories.

Liz Truss, as trade secretary, used emergency legislation to overrule this proposal, but that expires on Thursday, potentially making a tariff extension a breach of domestic law and WTO rules.

Johnson said of the prospect of removing tariffs when they expire: “I don’t think that’s the right way forward. I want another solution. The difficulty is, is that possible to do while staying within our WTO obligations?”

David Lammy, the shadow foreign secretary, said Labour would back Johnson even at the risk of breaking international law. “It’s the extension that both the European Union and the Americans have continued with, so we would support him,” he told the BBC.