Latest
‘I don’t want to go to war’: Russians continue exodus after Putin’s call-up orders to join Ukraine war How likely is it that Russia will launch a nuclear attack? ‘They Have Nothing to Lose’: Why Young Iranians Are Rising Up Once Again Released Ukrainian PoWs reveal the brutal treatment meted out by their Russian captors Putin knows he can’t win in Ukraine. His only goal now is to save face and stay in power South Korea says North Korea test-fired missile toward sea Pakistani leader details flood devastation US steps up diplomatic efforts with China on Taiwan, Russia 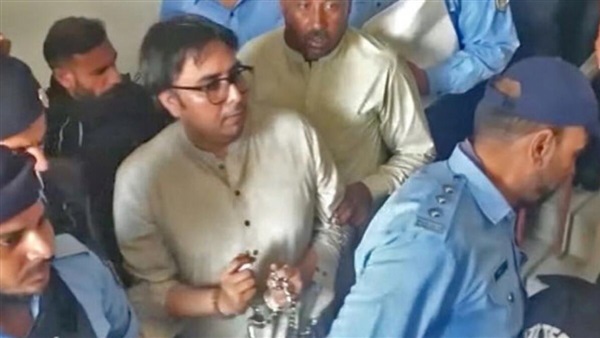 Police reinforcements have been sent to an eastern French town as the authorities try to restore order after the killing of an Afghan refugee.

Quayyem Abdul Ahmadzai, 27, was said to have been shot dead on Sunday after telling a teenager to make less noise with his scooter. The killing has attracted widespread attention because President Macron’s government has been seeking to clamp down on youths who use their motorcycles for illegal races and stunts that disturb the peace.

Ahmadzai, who arrived in France from his native Afghanistan in 2017 before being granted refugee status, was having a picnic with a cousin and a friend, both also Afghans, in Colmar, Alsace, when they complained about the noise being made by the scooter. The vehicle was on the pavement, with its owner revving the engine, witnesses said.

Catherine Sorita-Minard, the state prosecutor, said the scooter’s owner had insulted the Afghans. He then left but returned with friends. A fight broke out between the two groups, during which Ahmadzai was shot in the chest.

An Afghan resident of Colmar said Ahmadzai had a wife and children who had stayed in Afghanistan when he moved to France. “He was all on his own here. And he has died,” he said. “It is very difficult.”

Ahmadzai is believed to have lived in the neighbouring town of Mulhouse and worked for Peugeot, the carmaker.

French media reported that detectives had identified two youths, aged 17 and 18, involved in the fight with the Afghans. They fled after the killing and are in hiding.

Gérald Darmanin, the interior minister, said he had sent 60 additional police officers to Colmar to “reinforce security” and to “reassure the inhabitants”. He did not say how long they would stay. About 150 officers are already present in the town.

Darmanin linked the arrival of police reinforcements to his fight against illegal motorcycle racing. He said 14,151 police officers had been involved in interventions nationwide to clamp down on the trend since August 8. They had arrested 338 people, placed 203 in police custody, issued fines to 5,712 and seized 157 motorcycles, he said.

The crackdown was ordered after accidents that left four children injured, two seriously, during unauthorised races. One of the victims was a ten-year-old girl who suffered significant neurological damage after being struck by a motorcycle taking part in a race in the suburbs of Paris.

Police in Colmar said they had yet to determine whether the scooter about which Ahmadzai and his friends had complained was taking part in a race.

How likely is it that Russia will launch a nuclear attack?

Putin knows he can’t win in Ukraine. His only goal now is to save face and stay in power