Youth at the Heart of the President's Change Agenda 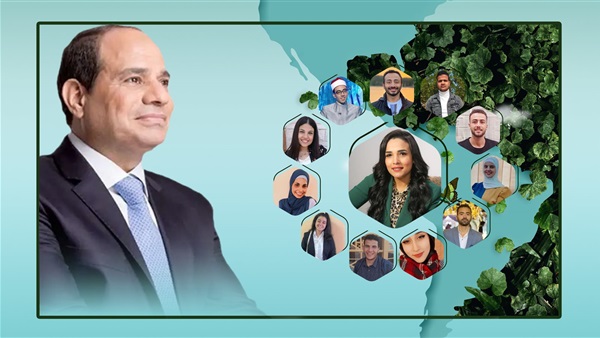 In my article published last Thursday, entitled “Youth in the Heart of Sisi (1),” I appealed to my colleagues to support their country, coinciding with the convening of the Climate Summit in Sharm El Sheikh.

I watched the youth's enthusiasm, love for their country and support for the president, and despite rumors, they realize that the bill for reform is inevitable. I saw great hopes and dreams, through their letters confirming their support for Egypt and its president.

Therefore, in this article, I will present some of their messages that confirm the pledge to continue building and developing the new republic.

Lamia Abdel-Lah Khalil said, "I support President Abdel Fattah El-Sisi, and I realize what we have reached, and that we were on the verge of collapse, but God's providence made President El-Sisi the savior of the country."

Lamia added that the climate conference is an important event, and Egypt's hosting of the summit indicates its progress in the ranks of the great countries, as the conference will present climate-related problems and proposals for solutions and how to reduce the risks that the planet is exposed to, and it is proud that the world gather here on the land of Egypt to discuss The most important issue.

Kerolos M. Yousef, a PhD student at Harvard University says: I support Egypt and hope to maintain its stability and security. It is clear that the world suffers from crises, some countries are in a state of complete paralysis due to wars, while Egypt is destined to get out of one crisis to another, but we must all know, that Any chaos will have dire consequences.

Kerolos continued, saying that our country is on the path of a well-deserved future. He added that the convening of the climate conference is the greatest evidence that Egypt is a pivotal country and the focus of the attention of the whole world. Because the conference will be attended by more than seventy heads of state, so it is necessary to support Egypt and confront any calls for sabotage by its enemies.

Ibrahim Al-Suhagy wrote on the social networking site that we see what the Egyptian state is achieving in achieving renewable energy sources, agriculture and the vision of the new Egypt in the green hydrogen project and other projects.

Al-Suhagy added, “We hope for many of these projects to reduce damage and losses due to climate change.” He concluded his speech with a message to President Abdel Fattah El-Sisi: “We are aware of your double effort, and we are confident in your love for this country.

Hajar Atef Ahmed confirms that Egypt's hosting of the climate conference is an achievement, and the role of President Sisi in organizing this major event should be commended.

Ahmed Ali Talib asserts that Egypt's hosting of COP27 reflects interest in solving the climate change crisis and aims to reduce the environmental risks to the planet.

Nancy Roman Shafik stated that Egypt's hosting of COP27 confirms that our country blossoms with security and safety, and said that organizing the event highlights President Sisi's vision on vital issues.

Kerolos Said Zekry affirms that Egypt's hosting of "COP27" reflects the state's interest in solving the climate change crisis, and said that Egypt's goal is to obtain the greatest benefit for developing countries.

Islam Mahmoud said that Egypt's hosting of the climate conference would generate gains for Egypt at the local, international, environmental, economic and political levels. 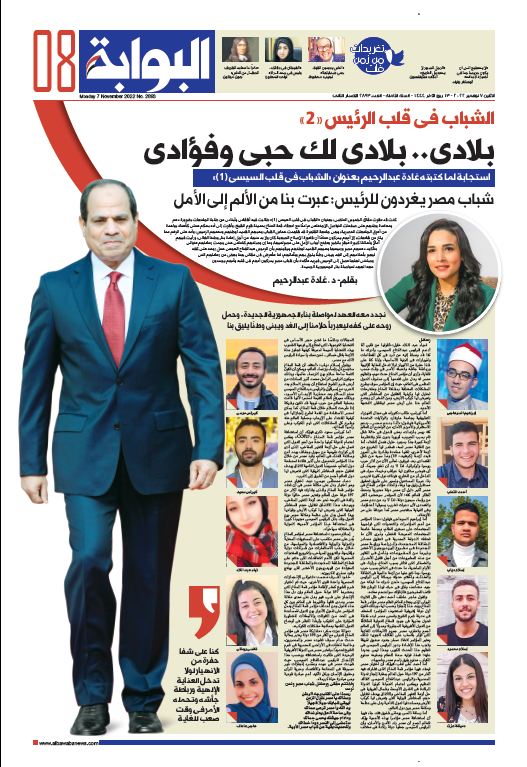