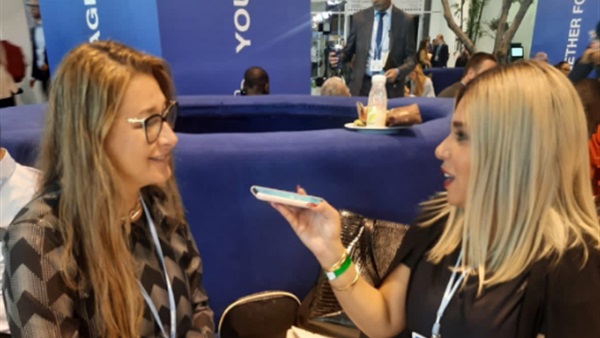 How did you start your climate legal work?

I started working when I was 20 as a young lawyer in Croatia and with the Croatian Ministry of Environment since 2002. Then I started working since 2012 in the EU Commission as a national legal expert. But now I have been living in the UAE for four years, where in 2020 I was head of the Legal and Policy Department of Sheikha Shamma bint Sultan bin Khalifa Al Nahyan’s initiative Mangroves 4 Mankind.

I then opened my own legal advisory firm called Project Earth and started working for the private sector on developing ESG fund and sustainability policies and reports such as the Waha Capital private investment fund in Abu Dhabi.

I am attending this COP as an independent UN observer and am planning to assist the UAE government in presenting COP28 next year by conducting legal training on the importance of this UNFCCC agreement, as well as sharing my experience from the Egyptian COP.

How do you see the COP27 climate conference?

This is my first COP attendance, and I’m excited to see how interest there is in the convention and its implementation, and not just by governments, but all levels of society are present. Private capital, NGOs, and people of all professions and interests are coming together for the same cause.

I think this COP is really successful. I hope the people behind the meeting rooms are doing a good job in terms of the legal parts and implementation.

I am concerned about “greenwashing”. So many pledges have been made on behalf of different entities, but in time we see that they haven’t been delivered. Only when private capital gets involved will be able to implement big and major projects.

Two decades ago, only governments were interested in legislation and environmental policy, but as an outcome of this convention, the private sector is starting to get more involved, and they aren’t being forced to do so, but it is by their own choice. Things have changed.

How do you see the leaders of European countries who are here and say they will pay to combat climate change, and how do you view the issue of finance?

There are a lot of promises and pledges going around, but only in time will we tell if they are actually false or true. I'm happy that everyone is involved and that NGOs and protesters are allowed to speak their minds and show their concerns, but we know that this is a very political event and that major political decisions have to be made that are very costly and will cost the governments a lot. But it is important that we all cooperate.

I like the logo “Together for Implementation”, and hopefully something will come out it sooner rather than later. But as long as the politicians don't put this on their priority agenda, they won't collect enough money and the push that we need won't happen. I hope that by the end of next week there will be more concrete results about how to pay the loss and damages to the developing countries that have suffered from the climate change crisis, and how to continue collecting more money for renewable energy and other sustainable projects.

I'm also looking forward to COP28, which will be held next year in Dubai. We need to reach the point where everyone is involved and engaged, and then things will happen much faster, but I hope it isn't too slow for the planet and that we make it in time.

What are your upcoming projects and initiatives for the next COP?