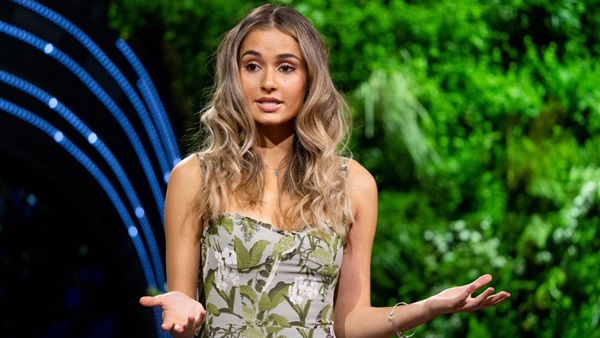 ·     Loss and damage is shaping up for a showdown at COP27, it can no longer be swept under the rug

Sharm El-Sheikh is about to bid farewell to its visitors from various parts of the world, including observers, participating parties, climate activists and entrepreneurs, through the closing events of COP27. In this context, Al-Bawaba News had an interview with Sophia Kianni, UN Youth Advisor on Climate Change.

Tell us about your initiatives and your point of view about COP27.

I am Sophia Kianni, Advisor to UN Secretary-General Antonio Guterres. My message to world leaders here at COP27 is to stop lying and to be honest, and that is what the Secretary-General himself has said. We need leaders to commit to funding loss and damage, so we’re really pushing for the creation of a loss and damage fund here at COP, phasing out fossil fuels, investing in renewable energy, and also drawing the link between the fact that the climate crisis is a human rights crisis. We can see what is happening in Iran, my parents’ home country, and climate change is making human rights crises worse, because it’s displacing people, and it’s causing and exacerbating water mismanagement in the Middle East particularly, and then also looking at the way that air pollution is disproportionately impacting young people and children.

What’s your opinion about those protesting today about climate justice?

I think that protest is a very impactful way for people to get their voices heard. I think that’s how we demonstrate how passionate civil society feels about issues like COP. I stand with the protesters and I stand for the protection of human rights, and also for acknowledging the loss and damage that people in developing nations are really struggling with because of the impacts of climate change, while wealthy nations like where I’m from, the United States, are responsible for 25% of global emissions; we just don’t experience the impacts of the climate crisis on the same scale.

The African continent is only responsible for 3% of global emissions, but the African people are suffering from poverty and just want to feed their children, and we are talking to them about climate change and big issues for them. How can we convince them to change their habits and get involved?

Africa is disproportionately experiencing the impacts of climate change just by the fact that they are one of the least contributors to the climate crisis. So we need to make sure that other climate activists like Vanessa Nakate, climate activists from Uganda, from Kenya, who are firsthand experiencing the impacts of the climate crisis, are able to have a seat at the decision-making table, to be able to meet with negotiators, and to be able to articulate just how important this crisis is to them, because this is a matter of life and death. It’s like you were saying, we’re seeing the way that they’re not able to put food on the table, and it’s really a matter that is becoming a health crisis of people. It’s impacting their ability to get access to food, because it’s disrupting agricultural systems. So it really is a matter of making sure that those people have their voices heard, and ensuring access and inclusion.

Today was Finance Day. Do you think that COP27 could make the dream come true about collecting the money?

World leaders have failed time and time again to deliver on the issue of climate finance, and so I think that going into the second week of COP, that’s what my eyes are going to be on as a youth climate activist. Our message has been loud and clear: we need world leaders to put their money where their mouth is. If you break it, you have to pay for it.

What do you think about the Today's Topics at the cop27 and it’s going to be effective?

The success of COP27 will be determined by whether or not rich countries commit to loss and damage financing and ending new fossil fuel development. Already, several European leaders at COP27 have announced funds to help poor nations recover from loss and damage caused by climate change, but many counties including the United States have not. We need rich countries to commit to a rigid finance facility to provide reliable funding.

What do you think of the climate conference so far, do you feel that it is an implementation summit?

The key message from young people has been that 1.5 is not negotiable and that we need adequate climate financing for the global south

What is your message to the world?

My message to the world is listen to young people, support us, and make sure that we are ensuring a livable future for generations like mine.