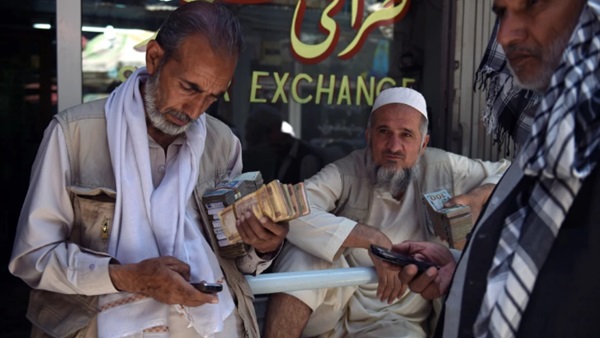 Last week, the board of a Swiss-based trust fund, known as the Afghan Fund, met for the first time in Geneva to discuss the future of the $3.5 billion—part of Afghanistan’s $7.1 billion stockpile of foreign reserves held in the United States—that was recently transferred from Washington to the fund, housed in the Bank for International Settlements in Switzerland.

The fund was announced on Sept. 14, with the ostensible purpose of stabilizing foreign exchange rates and prices. It has four trustees: Anwar ul Haq Ahadi, a former Afghan Central Bank Governor; Shah Mehrabi, a U.S. academic who remains on the Afghan Central Bank Supreme Council; Scott Miller, the U.S. Ambassador to Switzerland; and Alexandra Baumann, a Swiss foreign ministry official.

In a statement, the U.S. State Department said the Afghan Fund would be shielded from the Taliban but, notably, that it could still be used to cover debt payments to international financial institutions and pay for imports of electricity and key central bank services such as SWIFT payments. Confirming this, one of the fund’s four trustees  recently stated that the funds could also be used for some other non-monetary-related expenditures, such as printing passports and energy imports.

But the problem with releasing foreign reserves for these purposes is that it involves dealing with the Taliban to some extent and therefore inevitably confers legitimacy on the regime.

In accordance with the Afghanistan Bank Law, foreign reserves must be maintained at levels sufficient to safeguard macroeconomic and price stability, which is one of the primary objectives of the central bank. Using foreign reserves for non-monetary purposes is beyond its intended objectives. More importantly, there is no point in releasing the funds for such purposes while the Taliban have been generating large amounts of revenue from many sources.

Da Afghanistan Breshna Sherkat (DABS), a state-owned energy company under the control of the Taliban, has provided the regime with reliable streams of revenue. Afghanistan’s Bakhtar News Agency reported in August that DABS officials had collected 24.8 billion afghanis (around $283 million) in the past year.

The Taliban also generated revenue from issuing passports to the more than 1 million Afghans estimated to have fled the country since August 2021. Voice of America reported in August that “since taking power last year, the Taliban have issued more than 700,000 passports to Afghan nationals inside the country, earning about $50 million in revenue.” The same report said the Taliban had generated more than $1 million in visa fees from more than 4,100 foreign nationals visiting Afghanistan in the last year.

While overall economic activity in Afghanistan has fallen sharply since the Taliban takeover, leading to widespread concern about hunger and poverty, the Taliban have been able to mobilize domestic resources since August 2021. They claimed that after the takeover, they had an annual revenue of around $1.7 billion (at the current exchange rate), of which $800 million was from income tax and non-tax revenue and over $900 million was from customs duties. According to the World Bank, “[d]omestic revenue collection is relatively healthy,” albeit “insufficient compared to expenditure needs.”

The Taliban have also generated substantial revenue from exports, particularly by sending coal to Pakistan, which, according to a U.K. aid-funded analysis, increased from 1 million metric tons in the year before the Taliban takeover to as much as 4 million metric tons during the past year. The analysis estimated that this resulted in a threefold increase in tax revenues, now worth an estimated $160 million. In addition to coal, pine nut exports to China, which restarted last month, could potentially bring $800 million a year into Kabul’s coffers.

The Taliban government has also been collecting revenue from informal economic activities as well as from drugs and illegal mining operations. The U.N. Office on Drugs and Crime reported this month that despite the Taliban announcing a ban on opium poppy cultivation in April, “this year’s harvest was largely unaffected by the ban.” The report revealed that the poppy harvest has increased by a third since August 2021.

In light of these revenue streams, there is no pressing demand for releasing the funds that would eventually benefit the Taliban. The Taliban have not been recognized by any foreign nations. The release of the funds would therefore risk taking another step toward normalizing the Taliban takeover. Indeed, the recent delivery to the Taliban of fresh afghani banknotes printed in Poland has already paved the way for wider recognition.

Since last December, international humanitarian aid has been provided to Afghanistan—as much as $40 million per week, according to Afghan central bank data. BBC Persian recently reported that between August and November this year, a total of $560 million in cash packages had been delivered to Afghanistan that could benefit the Taliban.

According to the United Nations, the Taliban have been interfering with humanitarian aid—increasingly seeking to influence “the selection of beneficiaries and channelling assistance to people on their own priority lists.”

Furthermore, accessing cash deliveries has enabled the Taliban to auction U.S. dollars locally, thereby stabilizing the exchange rate. According to a World Bank report published in October, the “exchange rate volatility has lessened.”

Given the stability of local currency, there is no immediate need for the foreign reserves to be released. The danger lies in further whittling away what controls have been put on the funds. There have been previous calls for the release of money to the central bank, which is under the Taliban’s control. Yet to do so would carry substantial risks. Of the revenue the Taliban have so far raised, there has been a “complete lack of transparency” on how it was spent.

Nonetheless, the size of the Taliban de facto government has substantially shrunk, and public services remain starved of funds; the majority of civil servants are also not being paid. Based on a report by Chatham House released in August, the “civilian government institutions that were previously the country’s largest employer are now unable to pay salaries even to the reduced number of remaining personnel.” The Taliban have also reduced government employees’ salaries.

Where has the money gone instead? It is reasonable to presume that the majority is being allocated to the security sector or the Taliban’s other priorities, including compensation to the families of suicide bombers.

Given the many security risks of enriching the Taliban regime, it is in the best interest of Afghanistan—and more profitable—to keep the majority of the country’s foreign reserves overseas until a proper inclusive and functioning government is in place.