Dabaiba and the Libyan High Council of State: New differences that exacerbate the division 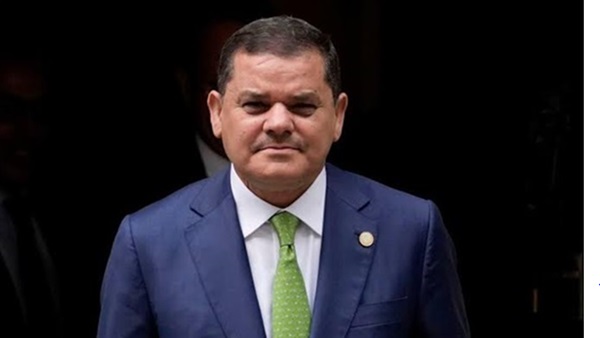 Complex scenes are emerging on the Libyan political scene in light of the rapid developments that reveal the extent of the conflict, disagreements between the Libyan factions, and the deepening of the internal crisis, especially the renewed differences between the dismissed government headed by Abdul Hamid Dabaiba and the High Council of State, which heralds the existence of a crisis in the Libyan arena that is already full of crises and complex disputes in a country that has been suffering for years from the repercussions of divisions at all levels.

The media office of the High Council of the State published pictures of armed vehicles deployed in front of the Al-Mahary Hotel in Tripoli, saying, “A force affiliated with the Government of National Unity is preventing members of the Council from entering the hotel’s meeting room to hold their session.”

After that, the head of the High Council of State filed an official complaint against Dabaiba with the Public Prosecutor regarding the incident of “preventing” the session, demanding that he and others be prevented from traveling. Mishri also called on the Presidential Council, in its capacity as the supreme commander of the Libyan army, to open an urgent investigation into the circumstances of preventing the holding of a session of the Council, considering that what happened is a precedent that obstructs political efforts.

This incident comes a few days after Mishri and Parliament Speaker Aguila Saleh reached understandings in Morocco at the end of October regarding issues of sovereign positions and the constitutional basis for holding the next elections. However, this agreement was rejected by Dabaiba, who at the time called on “the speakers of Parliament and the Council of State to expedite the adoption of a constitutional rule that would end the problem regarding the elections.”

As a result of the ongoing disputes, a war of accusations began between the two sides, as Dabaiba accused the head of the Council of State of exaggerating and fueling the conflict, saying, “It has become clear that a party has ambitions to jump to the executive power, after 11 years in the legislative power, through a power exchange deal that postpones elections, but the Libyan people will not accept that, and we are behind them until [elections] are achieved.” He called on those “patriots” among the members of the Council of State to “not allow the Council to be involved in individual political gambles, to withstand the second extension period, and to focus on everything that would accelerate the elections.”

Mishri quickly responded to Dabaiba’s statement, saying, “Everyone knows who is making deals, and the National Oil Corporation deal is the best evidence.” He accused the GNU head of practicing “disinformation” in response to the latter's statements about the presence of protesters in front of the headquarters of the High Council of State.

Mishri confirmed that “there was not even a single protester, but there were armored vehicles and heavy weapons belonging to the Minister of Defense.” He also expressed his rejection of Dabaiba giving “instructions to the Ministry of the Interior to secure the venue for the Council session on Tuesday in Tripoli,” adding, “We will hold the Council session in the appropriate circumstances for us. You are not the one who decides its date, and we do not want your security.”

The raging crisis inside Libya was met with local and international reactions, as Libyan Parliament Speaker Aguila Saleh denounced the armed groups besieging the members of the High Council of State and indicated that what happened “represents a threat to the lives of members of the Council of State and a violation of their personal freedom that is guaranteed to them by law,” calling on the General Prosecutor to open an investigation into the incident and hold those responsible accountable and bring them to justice.

The United States, through its embassy in Libya, warned the Libyan parties that the threat of force would destabilize and undermine efforts to achieve national unity. The embassy, via its Twitter account, called on Libya's leaders to “resolve their political differences through dialogue and settlement and to hold reliable, transparent and inclusive elections that Libyans want and deserve.”

In the same context, the UK embassy commented on the incident, expressing its deep concern about this dangerous development. The embassy said on its Twitter account, “Civilian institutions should be allowed to fulfill and carry out their responsibilities,” considering that any attempt to obstruct their activity in partnership with armed groups is “unacceptable.”

Libya has been suffering from a governmental division since February, following the House of Representatives’ appointment of a new government headed by Fathi Bashagha, which was unable to formally assume its duties from the GNU headed by Dabaiba. The recent period witnessed great tension between the two governments, amounting to armed clashes on more than one occasion.