EU rises up against Iranian repression of demonstrators 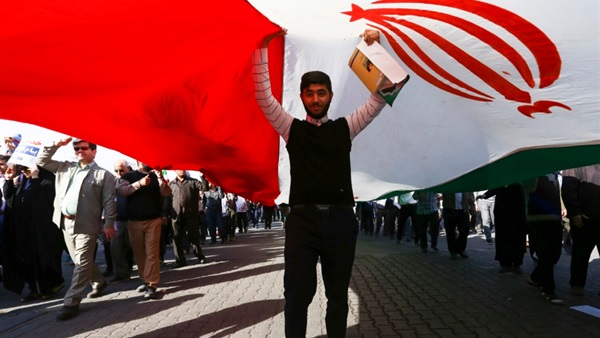 The European Parliament has moved to sever its relations with the Iranian regime.

This came against the backdrop of popular demonstrations in Iran over the death of a Kurdish woman at the hands of Iranian morality police in mid-September.

The European Union imposed, meanwhile, two packages of sanctions on Iran. This comes amid expectations that the bloc would impose a third more stringent sanctions regime.

During their meeting in the last week of November, European Parliament representatives demanded the inclusion of the entire Iranian Revolutionary Guard in the list of terrorist organizations.

They also demanded the closure of Tehran's embassies in European Union states.

This came within the framework of support to the protests raging on in Iran at present.

The European Parliament also discussed the brutal crackdown on demonstrators in Iran and called on the EU Enlargement Commissioner to examine the EU's clear response to this crackdown.

While Charlie Weimers, a member of the European Parliament from Sweden, described Iranian authorities as an 'illegitimate' representative of the Iranian people.

He called for recalling EU ambassadors from Iran and the closure of EU embassies in the Islamic Republic.

Hanna Neumann, a representative of the German Greens Party in the European Parliament, also demanded that the Revolutionary Guard Corpse be included in the list of terrorist groups in the European Union.

She criticized EU's policies, saying the Revolutionary Guard Corpse chooses the most beautiful female demonstrators and rapes them so that others do not dare to protest.

"What else should they do so that they can be included in the list of terrorist organizations?" Neumann asked of the Revolutionary Guard Corpse.

Javier Zarzaljos, Spain's representative in the European Parliament, pointed to the provision of Iranian-made weapons to Russia for use in Ukraine.

He called on the EU to act more responsibly, saying the Iranian regime is a great danger that transcends the Middle East region.

"Is it acceptable to have ambassadors of the Islamic Republic on the territory of the European Union?" Zarzaljos asked. "We must act more responsibly."