Somalia's efforts to combat terrorism: A zero-sum war and an incomplete equation 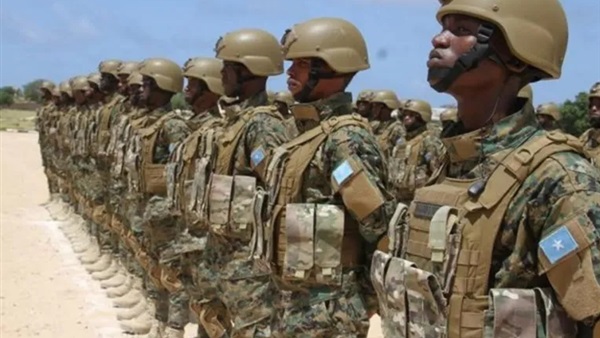 The Somali government is racing against time to restore stability and security and eliminate all forms of terrorism, in coordination with the international community, as the Somali army is currently waging a comprehensive military and economic war against the terrorist Al-Shabaab movement.

Somalia, in cooperation with some international parties, was able to neutralize hundreds of elements of the terrorist movement and liberate many areas that had been under its control for a long time. The Somali government was also able to freeze Al-Shabaab's accounts in the country's money transfer networks and banks.

The Somali armed forces entered into violent clashes with the movement in villages in the Hiran and Middle Shabelle regions. These confrontations resulted in the death of about 100 terrorist elements. The forces were also recently able to target 21 Al-Shabaab members in the village of Galka Salimow after the Somali intelligence agency received information stating that the movement's elements were preparing to attack the local population.

In the same context, the Somali authorities, in cooperation with the local population, managed to neutralize 97 members of the terrorist movement in two military operations in the center of the country. Last week, the army announced the killing of 50 people in the Galguduud region, and 47 others in a military operation carried out by the Somali intelligence and national security in the town of Basra.

Also, on Friday, November 11, the Somali Ministry of Defense responded to an attack targeting a military base in Burdar in the Hiran region, and the confrontations resulted in the death of 12 terrorist members of Al-Shabaab.

The Somali forces were also able to regain control of the Baho region of the Galguduud region, which is the main stronghold of the movement for more than 15 years, and liberate the villages of Raholi and El Buur in Galmudug State in the center of the country.

Last week, the capital, Mogadishu, hosted a conference chaired by Somali Finance Minister Elmi Nur at the Ministry of Finance, in the presence of the Ministers of Justice and Trade, the Governor of the Central Bank, the Attorney General, and the Director of Intelligence, in addition to the heads of private financial companies, to discuss mechanisms for preventing money from reaching the movement and ways to protect information of financial entities and strengthen supervision.

The recent moves confirm what Somali President Hassan Sheikh Mohamud promised about Mogadishu's commitment to combating terrorism and restoring security and stability in the country, noting that the federal government is working hard to dry up the sources of financing terrorism by establishing government agencies that monitor the financial flow, helping the Somali state to discover the movement of money and the method of smuggling it for the benefit of the extremist Al-Shabaab movement, as well as developing the work of a financial intelligence unit and preparing laws that contribute to controlling the money smuggling process.

According to military experts, the recent efforts of the Somali state are an important step towards restoring stability to Somalia and the Horn of Africa, especially after communicating with Somali tribal leaders, which constitute an important factor in confronting Al-Shabaab. The experts stressed that the most important step in confronting terrorism is the Mogadishu government’s supports for the tribes and local population in the states that suffer from the influence of Al-Shabaab. This support contributes to the efforts of the Somali army to defeat and end terrorism in the region, which was evident from the cooperation of the local population in Hiran with the Somali army forces in restoring control of the Moqokori district, which was under the control of the terrorist movement. The Somali army, in cooperation with the local population, also liberated other areas from the control of the terrorist Al-Shabaab movement.

The biggest qualitative development in Somalia's confrontation with terrorism is that Mogadishu has changed its strategy in confronting Al-Shabaab, where instead of waiting, the security forces are attacking the movement in several areas, which constitutes a change from a defensive position to an offensive one.