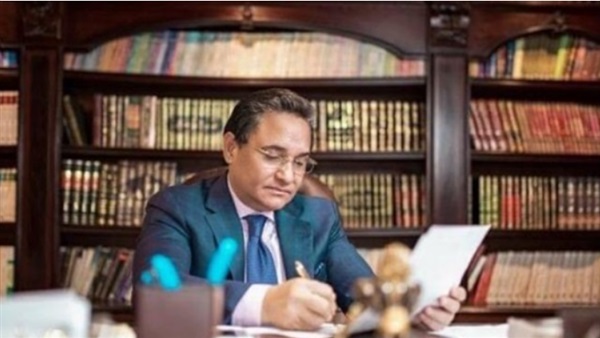 Al-Bawaba News celebrated the eighth anniversary of its founding on December 2.

During those eight years, the journalists of the newspaper, led by renowned journalist and writer, Abdelrahim Ali, did their best to report news, adhere to professional ethics and introduce a simple and direct journalistic model.

Al-Bawaba is one of the most important news sites in Egypt and the Arab region.

It built its fame on a host of distinguished journalists who report news in a credible manner from prime sources.

The newspaper specializes in politics, and political Islam, also carving a special niche for itself in the coverage of arts; sports; crime, and business news, alongside its coverage of important sectors, such as the banking sector and the issues of women.

The newspaper also pays special attention to the coverage of automobiles, telecommunications, and regional and international news.

Al-Bawaba and its platforms that are specialized in the news of terrorist groups have set a precedent, since the Taliban took over control of Afghan capital Kabul, and the flight of President Ashraf Ghani to Tajikistan, along with the members of his government, after the collapse of the Afghan army, in August 2021.

It also threw light on Shiite entities in Afghanistan, noting that they have become a pressure card in Tehran's hands against the Taliban movement.

The newspaper also clarified that this is a mechanism that Iran always resorts to in its bid to pressure the regimes in countries like Iraq; Syria; Lebanon, and Yemen.

Iran, al-Bawaba explained, may use the same approach in the case of Afghanistan.

The newspaper also referred to the publication by the Iranian newspaper, Islamic Republic, in July of 2021 of news that a militant organization of Afghan Shiites has matured in a neighbouring country to confront Taliban militants.

Al-Bawaba noted that the same Shiite organization had significantly intensified its attacks against the positions of Afghan security forces in recent weeks.

It also talked about many crises that Afghanistan went through under the rule of the Taliban, including "the crisis of electricity cuts, the oppression of Afghan women, and many other economic crises.

It also covered the conflict between ISIS and the Taliban, noting that the Taliban is on its way to confront the scenario of the 1990s, when it was fighting battles with its opponents who rejected its extremist policies.

The newspaper also quoted observers who expected conflicts to erupt between the movement and those who oppose it, especially with other nationalist components in Afghanistan.