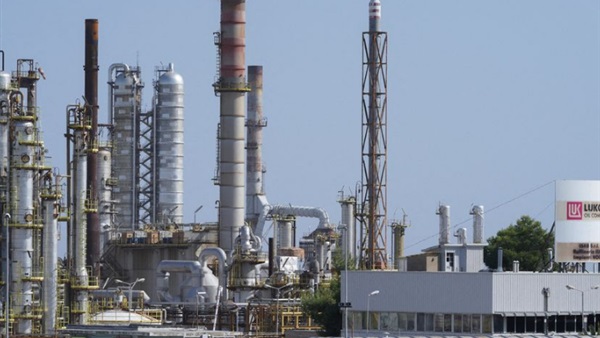 OPEC and its allies are due to make a big call on oil production next week, a day before expanded sanctions are set to strike Russia’s energy industry.

The potential impact of these moves is helping shroud the oil market in uncertainty at a time when coronavirus outbreaks are hammering demand in China.

Brent-crude futures have risen or fallen by at least 1% on all but three trading days in November while sliding 12% over the course of the month to $83.63 a barrel. The oil benchmark traded in a range of more than $5.50 a barrel on one day last week after The Wall Street Journal said that the Organization of the Petroleum Exporting Countries and its partners had discussed an increase in output—a report denied by Saudi Arabia.

“All of these things are so significant to the oil markets that they could whip prices from one direction to the other very significantly,” said Michael Haigh, head of commodities research at Société Générale.

The European Union is expected to ban most crude imports from Russia on Dec. 5. In tandem, the U.S., the EU and some of their allies are due to ban shipping, trading, insuring and funding Russian crude anywhere in the world unless the price is at or below a cap.

From Feb. 5, the same sanctions will hit Russian refined products, a move that traders say poses a bigger threat to Moscow’s oil industry and a greater challenge for Europe.

Mr. Haigh expects Russia will struggle to divert all the oil that the EU bans, leading to a drop in daily production of 1.5 million barrels in 2023. That will contribute to a jump in global oil prices next year if Chinese demand bounces back, he added.

Russia has said it would refuse to abide by the cap, and its response is another wild card.

“We are proceeding for the time being from the position of President Putin that we will not supply oil and gas to those states that introduce and join the cap,” Kremlin spokesman Dmitry Peskov said Thursday. He left wiggle room, though, adding that Moscow would formulate a position after analyzing the situation.

The U.S. and its allies have struggled in recent days to determine the cap, which Washington designed as a loophole to stop European sanctions on insurance from slamming Russian exports. Poland wants a low cap to punish Russia’s economy, pitching it against Greece, Malta and other EU members with big shipping fleets that are pushing for around $70 a barrel.

If the cap is set at a low level, the chances of Russia retaliating in the form of output cuts increase. That could even boost Russian revenue by raising prices. But if the cap is high, it could fail to curb Moscow’s oil revenue.

Analysts said the $65-to-$70-a-barrel range under discussion at the EU risked being toothless because it is above where Russia’s mainstay Urals grade of crude is trading.

“If the price cap is $65, it will have no effect at all on the Russian budget,” said Mikhail Krutikhin, partner at consulting firm RusEnergy.

The U.S. Treasury Department, which led efforts to craft the cap, has said the West might lower the level over time. U.S. officials say they are happy for Moscow to sell to non-sanctioning nations above the cap, arguing that refiners in those countries will gain bargaining power over Russia because of the Western sanctions.

That leniency reflects a key aim of the price-cap alliance: To limit energy prices by ensuring as much Russian oil as possible remains on the global market. In one attempt to avoid snarling Russian exports, the EU watered down a plan to blacklist vessels that violate the cap.

Such vessels will be barred from EU services, including insurance, for 90 days. U.S. and British officials feared the bloc’s earlier plan for a perpetual ban would lead to a bigger drop in Russian exports than they intended.

Even so, uncertainty over the level of the cap and how Russia will respond has rattled traders and contributed to the recent volatility.

It has also started to hinder Russia’s ability to find buyers. In one early sign of the challenge Moscow faces, Urals crude has fallen to a discount of about $28 a barrel in northwest Europe compared with Brent, according to S&P Global Commodity Insights.

Analysts at the data company said weakening demand for oil in general, combined with shipping and insurance complications ahead of the sanctions, pushed Russia to lower prices to attract Asian buyers. Moscow is also competing with rising shipments of sanctioned Iranian oil for business with independent Chinese refiners, said Kpler analyst Homayoun Falakshahi.

“If you look at the period between now and Feb. 5 or Feb. 6, the combined rerouting of all that oil: It strikes me that it is probably difficult to do so fully, fast and smoothly with no price impact,” said Martijn Rats, chief commodity strategist at Morgan Stanley.

Traders said more than 10 cargoes of Russia’s ESPO crude due to load in December are left unsold. Around 35 cargoes of oil from fields in eastern Siberia normally sail from Russia’s far-east Kozmino port to buyers in Asia each month. Chinese refiners, though, are holding back while demand falls at home and they wait to see how the sanctions play out in the market.

Europe has vacuumed up oil from the North Sea, the Middle East, West Africa and the U.S. to swap out Russian crude. Coronavirus outbreaks in China mean there is plenty more of that crude for the EU to draw on. The bloc has 800,000 barrels left to replace when the ban kicks in on Dec. 5 said Neil Crosby, analyst at OilX.

Difficulties could still occur at refiners that depend on Russian crude, especially the ISAB refinery in Sicily, which is owned by Russian producer Lukoil PJSC. Mr. Crosby said the global crude surplus could drain fast if OPEC+ proceeds with production cuts agreed to in October.

The cartel’s commitment to reducing output came into question last week when the Journal reported on informal discussions inside OPEC+, which includes Russia, over partially unwinding the cut at its meeting on Dec. 4.

“It’s just a bit of a minefield to navigate right now,” said Ole Hansen, head of commodity strategy at Saxo Bank. “That’s why the market reacts as aggressively as it does.”