Joint patrols resume in north Syria amid tension with Turkey 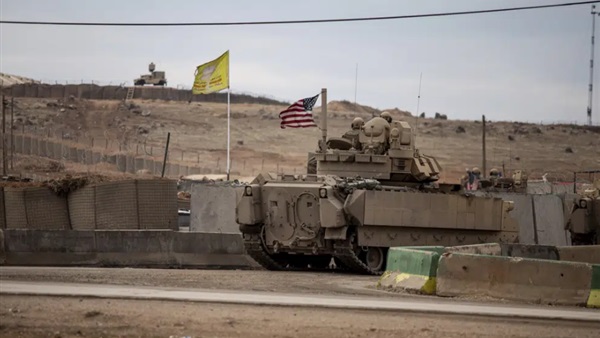 U.S. troops Saturday resumed joint patrols with Kurdish-led forces in northeast Syria days after they were stopped amid Turkish threats of a new ground incursion into the war-torn country.

A patrol consisting of four American armored vehicles and one for the U.S.-backed Syrian Democratic Forces was seen leaving a U.S. base near the northeastern town of Rmeilan in Hassakeh province. The patrol was driving northeast toward another U.S. base near the border with Iraq.

On Tuesday, the top commander of the SDF, Mazloum Abdi, told reporters that the group’s joint operations alongside the U.S.-led international coalition to counter the Islamic State group had been “temporarily paused” because of recent Turkish airstrikes.

U.S. officials had said the patrols that resumed Saturday are not to counter IS militants but will be limited to areas around a sprawling camp housing tens of thousands of mostly women and children linked to IS as well as prisons where the SDF is holding thousands of extremists.

Turkey has launched a barrage of airstrikes on suspected militant targets in northern Syria and Iraq in recent days, in retaliation for a deadly Nov. 13 bombing in Istanbul that Ankara blames on the Kurdish groups. Turkey’s President Recep Tayyip Erdogan has also threatened a ground incursion, without specifying when it would be launched.

Kurdish groups have denied any links to the Istanbul bombing that killed six and wounded dozens.

No U.S. forces or personnel have been hit by any of the strikes. But on Nov. 26, the U.S. military said two rockets targeted U.S.-led coalition forces at bases in the northeastern Syrian town of Shaddadeh. There were no injuries or damage to the base.

The SDF captured the last sliver of land from IS in March 2019, marking the defeat on the battlefield of the extremist group that once controlled large parts of Syria and Iraq. SDF officials warn that Turkish attacks are undermining the fight against IS, whose sleeper cells still carry out deadly attacks.

There are roughly 900 U.S. troops in Syria, including in the north and farther south and east.