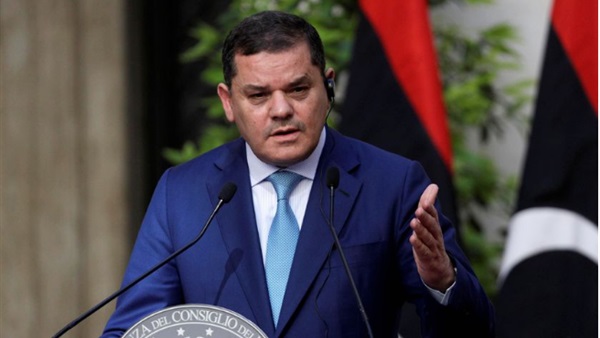 Libya's political forces seek, with support from international bodies, to move the stagnant waters on the political stage of their country and build new agreements that pave the way for ending the difficult transitional phase.

They believe this can be done by holding general elections that stalled at the last moment at the end of last year.

Nevertheless, the government of Abdul Hamid Dbeibeh remains the biggest obstacle in the way of this plan, the details of which are being determined with the participation of the UN mission in Libya.

The noose is being tightened on Mr Dbeibeh at home in the judicial and political arenas to stop his intransigence and get Libyan parties to agree on the formation of a new mini-government that can lead Libya through the elections.

The government of Mr Dbeibeh refuses to hand over its tasks, except to an elected government.

It relies in its quest for power on military alliances with armed parties in Tripoli and other countries, especially Turkey.

An important meeting was scheduled to bring Parliament Speaker, Aguila Saleh, and State Council Head, Khaled Meshri, together in the city of Zintan, south of Tripoli.

However, the meeting was postponed due to logistical reasons, according to some sources.

The signing of landmark agreements will determine the features of the end of the long-awaited transition.

Member of the Libyan State Council, Saad bin Sharada, confirmed the postponement of the Saleh-Meshri meeting for logistical reasons.

He explained that that the State Council would hold a session in Tripoli to discuss – among other issues - the final vote on the constitutional rule, the panel that will select the people who will occupy what are known as sovereign positions and mechanism for unifying the executive authority.

Zintan meeting as a starting point

As for State Council member, Mohamed al-Hadi, he explained that the expected meeting of Saleh and Meshri carries several local and international messages.

"The meeting will open the door for a series of meetings inside Libya," al-Hadi said.

He added that these meetings would target Mr Dbeibeh and his government.

Al-Hadi noted that Mr Dbeibeh would not fall silent in the face of all these efforts.

"There is a bloc inside the State Council that opposes all types of understandings that side-line the council," al-Hadi said.

In conjunction with the political battle that Mr Dbeibeh wages against a powerful alliance of opponents, it seems that he is on his way to a major legal battle.

This comes after five lawyers filed an appeal to the Administrative Justice Department of the Tripoli Court of Appeal against the oil agreements signed by his government with Turkey on October 3.

The five lawyers based their appeal on the fact that the political agreement stipulated preventing the unity government from making any agreements with foreign countries.

The appeal filed in the judicial arena against Mr Dbeibeh protested that the agreement is in violation of several clauses of the oil law, most notably the lack of experience of Turkish companies in this field and also provided for the confidentiality of what results from the co-operation of the parties, which is a violation of the law of the Audit Bureau.

It pointed out that the agreement robbed the Libyan Oil Corporation of its exclusive competence in oil trade, and will entail serious irreparable damage when Turkey starts implementing the agreement.