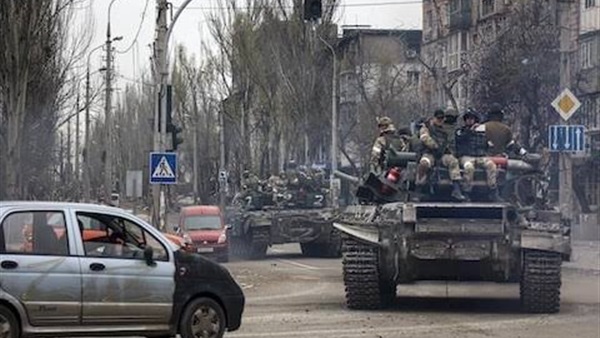 A steel plant in Mariupol where thousands of Ukrainian fighters made a desperate last stand is to be transformed into a “leisure zone” once the war is over, a Kremlin official said.

About 2,500 defenders surrendered last month after holding out for weeks at the Azovstal plant, a huge facility that became a symbol of the resistance.

Russia has imposed an occupying force on Mariupol, a key port city in southern Ukraine. Marat Khusnullin, a Russian deputy prime minister, said: “There’s no need to rebuild Azovstal. This zone can continue to operate as an industrial park or leisure zone.” He said that Moscow planned to develop tourism there but did not give details.

Denis Pushilin, leader of the Donetsk People’s Republic, a Russian-backed separatist stronghold in east Ukraine, said the steel plant could be turned into a park or a residential area. He also told Kremlin-run media that Azovstal’s destruction by Russian forces meant that the air in Mariupol was “much cleaner”.

Ukraine says that tens of thousands of people were killed in Mariupol and 90 per cent of its buildings were damaged or destroyed. The vast majority of the prewar population of 450,000 has fled or been deported to Belarus or Russia. Hundreds if not thousands of bodies are thought to be under the rubble and officials have warned of a cholera outbreak. The city has been officially twinned by Russia with St Petersburg, President Putin’s home town. Khusnullin said Mariupol’s population would reach half a million in ten years.

Efforts continue to free Ukrainian fighters captured by Russia during the battle for Azovstal. Some are being held in the Donetsk People’s Republic; others are languishing at the notorious Lefortovo remand prison in Moscow.

Kyrylo Budanov, Ukraine’s military intelligence chief, said he hoped that significant numbers of them would be freed in a prisoner exchange but said that it would be harder to obtain freedom for higher ranks. Moscow has said that the Azovstal defenders should be tried and convicted first. Russia’s Supreme Court is due to rule this week on whether to classify the group as a “terrorist organisation”, a move that could lead to 20-year prison sentences.