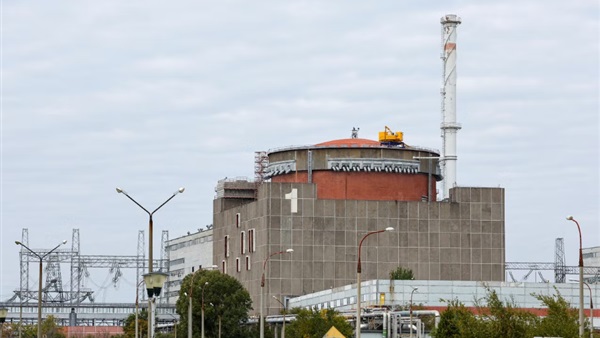 The head of Ukraine’s nuclear energy company has said there are signs that Russian forces may be preparing to leave the Zaporizhzhia nuclear plant.

However, authorities installed by Moscow in the nearby city of Enerhodar quickly rejected the claim by the Ukrainian official, stating that the Zaporizhzhia nuclear power plant remains under Russian control.

“The media are actively spreading fake news that Russia is allegedly planning to withdraw from Enerhodar and leave the [plant]. This information is not true,” the Russia-installed administration wrote on the Telegram messaging app.

Meanwhile, Ukrainian presidential adviser Mykhailo Podolyak said late on Sunday that he had no doubt that Russian forces would leave the plant, where Ukrainian staff are still operating. Many of the workers at the plant live in Enerhodar.

“The defence line is starting to retreat to the borders of the Russian Federation,” Mr Podolyak told Ukrainian television, adding that Ukraine would “take it [the plant] back”.

Repeated shelling of the plant, which Russia took control of shortly after its February invasion, has heightened concern about the potential for a grave accident just 500km (300 miles) from the site of the world’s worst nuclear accident, the 1986 Chernobyl disaster.

The UN nuclear watchdog, the International Atomic Energy Agency, wants to create a protection zone around the nuclear power station.

The Zaporizhzhia plant, which is the largest of its kind in Europe, was responsible for providing about a fifth of Ukraine’s electricity before Russia invaded the country on 24 February.

Mr Putin’s invasion and brutal bombardment of southeastern Ukraine early on in the war meant that the plant was forced to operate on back-up generators a number of times.

The Zaporizhhia plant has six Soviet-designed VVER-1000 V-320 water-cooled and water-moderated reactors containing uranium-235. The reactors are currently shut down, but there is a risk that nuclear fuel could overheat if the power that drives the cooling systems is cut. Shelling has repeatedly cut power lines.

Ukraine and Russia have accused each other of attacking the plant on several occasions during the conflict.